A version of this post was originally featured on Keyshot’s blog June 20, 2019.

Sonos (an speaker and sound system company) not only creates one of the best audio experiences, but they also create one of the best unboxing experiences for its’ consumer. It all starts with the detail put into the packaging design. Sonos’ packaging design process that has been refined over the years, going from what was a traditional approach building physical prototypes to implementing a visual packaging design workflow using Esko ArtiosCAD and KeyShot. By implementing these technologies, Sonos has increased new product innovation, evaluating prototypes, and generating production samples faster.

The dieline is the essence of structural packaging design. After initial concepts, Sonos use Esko ArtiosCAD to construct and refine the dielines continuously until production.

Traditionally, after each design iteration, Sonos would export the dieline directly to the cutter to produce physical prototypes. This would help users visualize how the structures form in 3D.

With the traditional approach, Sonos was limited to blank structural samples due to difficulties in producing large-size print-mounted samples in-house without any distortion. 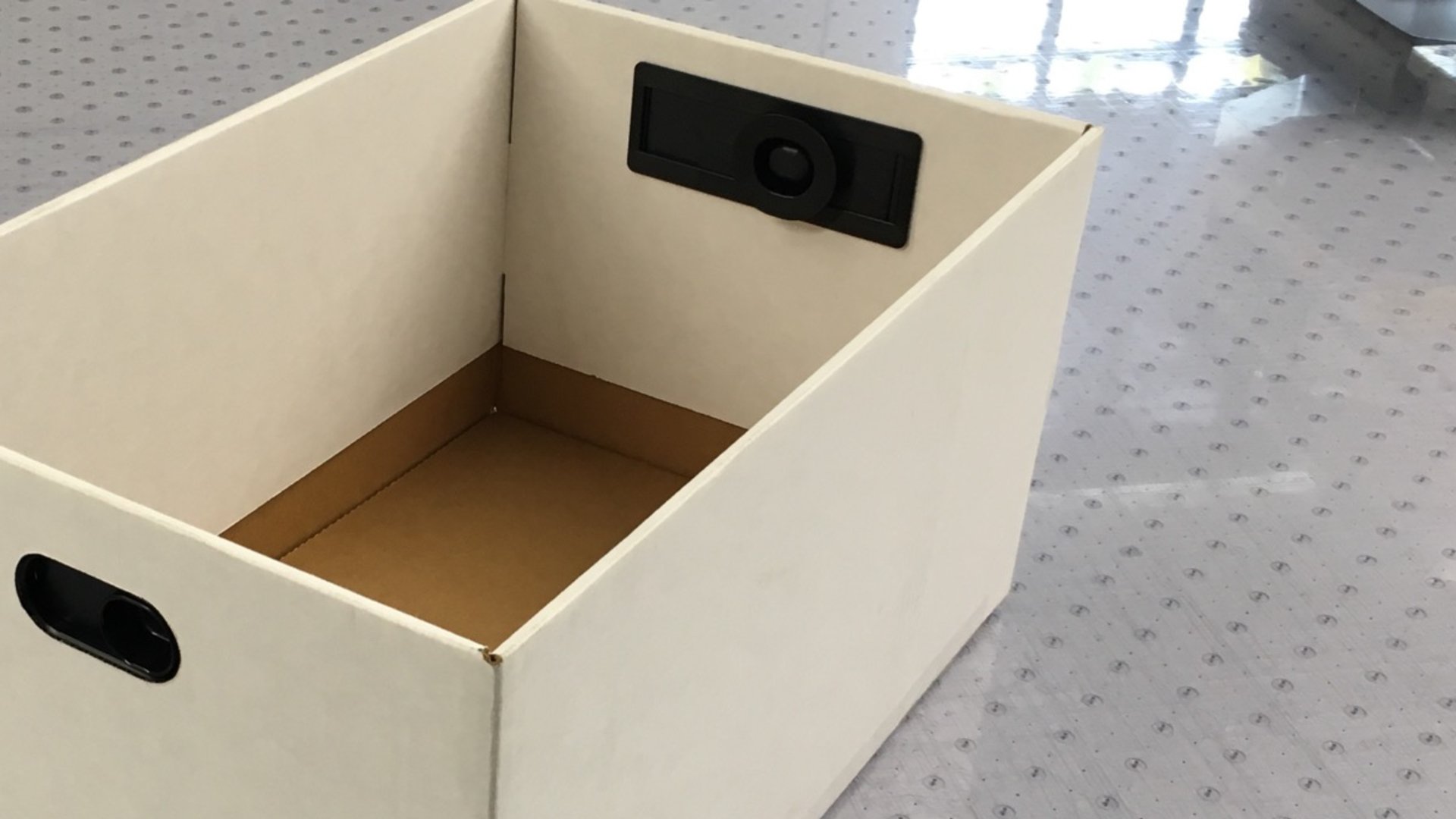 Recently, Sonos discovered a new way to communicate its’ structural concepts. By going from the structural concept to dielines created in ArtiosCAD and then to KeyShot, Sonos can use KeyShot’s powerful rendering capability to create digital prototypes throughout our packaging design process.

Using Esko ArtiosCAD, Sonos uses a method to add thickness to a dieline design and materials to produce a 3D model.

Step 6: Folding the Model in ArtiosCAD

Sonos can then control the fold angles for each crease line to form the box in virtual space. At this point, we’re basically at the limit of the traditional approach for a physical prototype.

The blank box can be exported to .DAE format with the edge textures produced automatically based on the paper stock we select. Cushions, hardware, and graphical artwork is created elsewhere. Next, everything is brought into KeyShot. 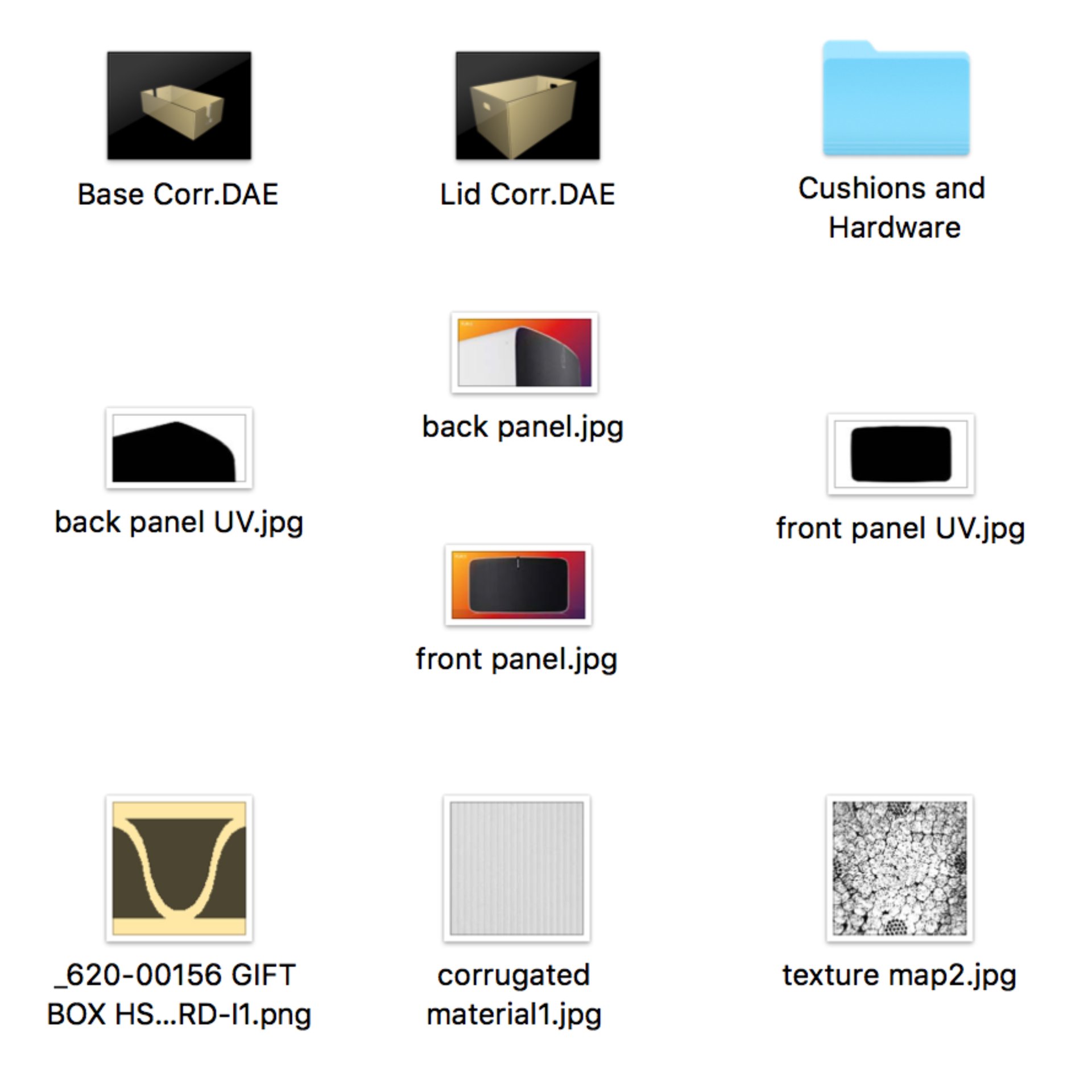 The material and label capabilities in KeyShot help Sonos simulate printed effects such as UV coating, foil stamp, embossing, and more. Likewise, the KeyShot Library makes it easy to drag and drop our custom materials onto different parts. 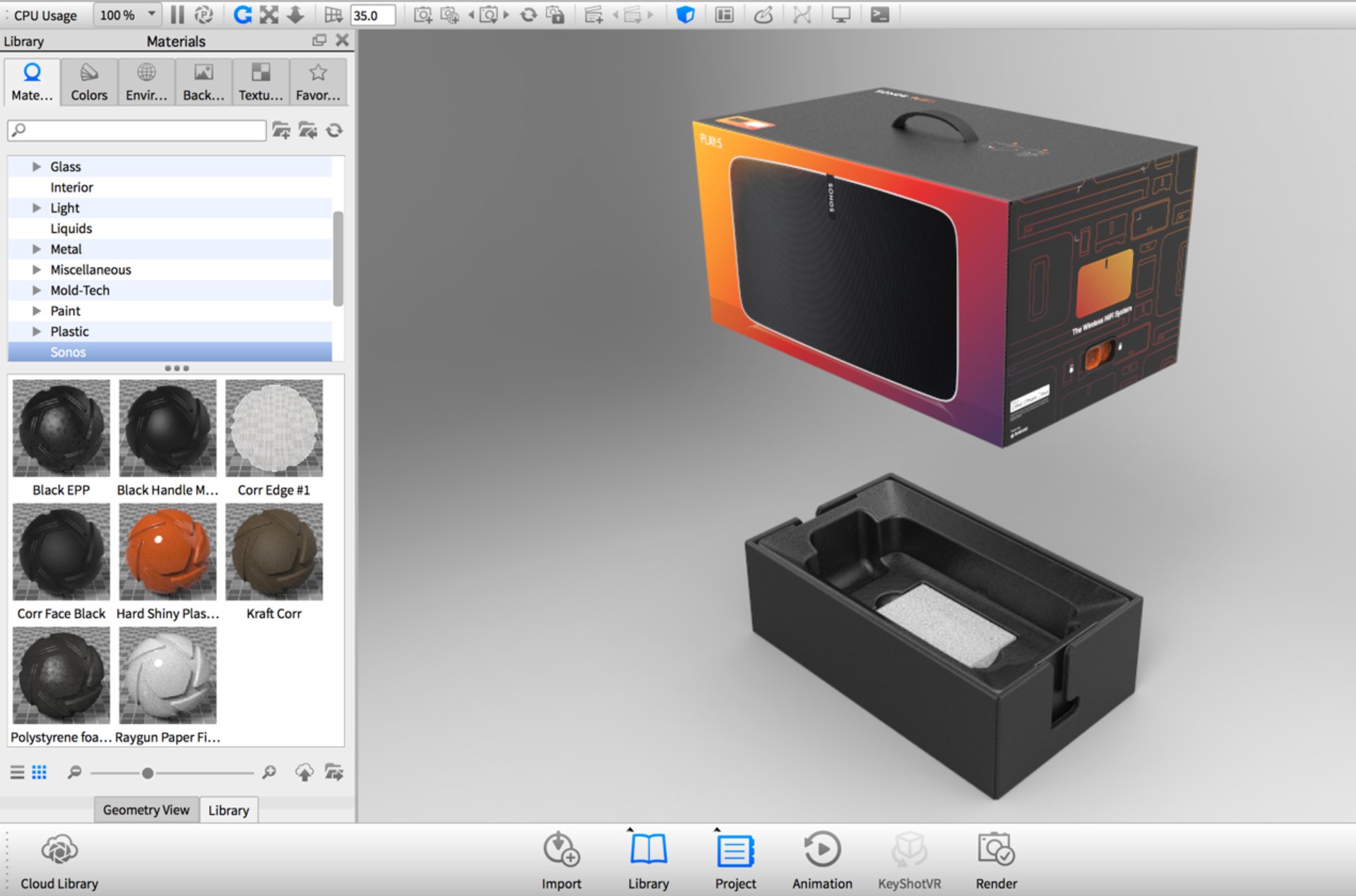 The folded parts and the exposed corrugated edges, along with the printed details give the box a realistic touch that resembles the appearance of a production sample. With everything setup, we can evaluate different variations and produce final shots.

It’s important to recognize that without the software integrations between Esko and Keyshot, none of this would be possible.