What can we learn from an early American businesswoman about the economic value of gaining insight into your packaging supply chain? Step across the narrow, 18th-century threshold of Betsy Ross’s operation in Philadelphia with me…

Plugging my ears with an audio tour of the Betsy Ross house, I didn’t expect to be learning about the value chain and the importance of understanding how things are crafted in order to create points of leverage.

But because I was trying to exemplify good behavior for my four kids in-tow, I listened silently to the tour and actor-docents relaying facts and anecdotes from the American revolution.

It was inspiring to learn that Betsy Ross didn’t just sew stoically in the window, as she’s often portrayed. This fierce woman was a successful entrepreneur: keeping her ledger, paying her staff and negotiating contracts with none other than founding father George Washington.

In the case of the value chain, let’s consider George Washington as the Brand and Betsy Ross as the Supplier

When Washington needed a symbol of insurrection, he approached Ross with a flag design already sketched out. But he didn’t have the experience in fabric construction that his supplier did. So Betsy Ross gave Washington feedback: an idea to change the design of the American flag from six-pointed stars to five-pointed stars. 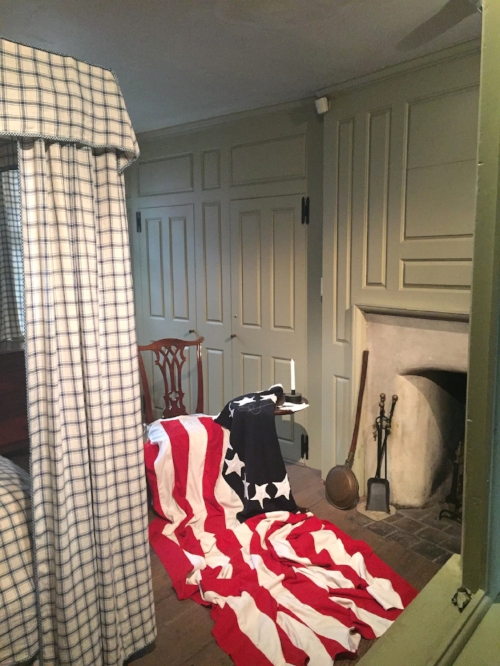 Washington was convinced, and Ross went on to make hundreds of flags for the Navy, a prohibitive scale if Washington had held to his original design.

The five-pointed stars on the flag were eventually repeated across currency and other national designs.

What can we learn from this bit of history about how brand leaders and suppliers should interact for mutual benefit?

The places from which insights can emerge are often unexpected and in my experience, the surprise is what makes these “aha moments” more powerful.

From Betsy Ross, I did learn about thread count, the superiority of cotton as a textile and how difficult and precarious it was to be a woman, widow and businesswoman in the late 1700’s engaging in a risky, subversive and potentially traitorous project.

But learning about the power of treating business relationships as collaborations involving equals, and the leverage that can be created when, like Washington and Ross, a brand owner engages to listen to a supplier is a lesson I will take with me back to the office and onto the stage and into my customer meetings. And of course, into my own supplier meetings.